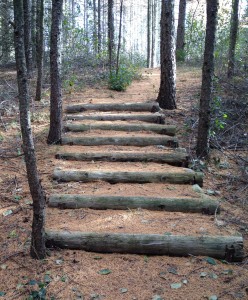 Though the threads of racial reconciliation are intricately woven throughout the fabric of the Christian gospel, Christian churches in North America have frequently been marred by efforts to separate and tear apart the unity of God’s people along racial lines.  Among other aspects, I am often troubled by the lack of awareness that persists regarding both the biblical vision for reconciliation and the complicity of Caucasian Christians in the history of racism within the North American context. I am thankful, therefore, to see two related efforts unfolding within my denomination (CRCNA) that seek to contextualize our history in relationship to a broader North American story between European settlers and Indigenous persons. This path of reconciliation is one we need to walk together.Doctrine of Christian Discovery

The task force’s website contains a variety of resources, including their final report which is being presented to the CRCNA synod (annual leadership gathering) in June 2016. One of the more helpful resources on this page is an introductory presentation that provides an overview of the history of the DOCD and how this doctrine has led to the dehumanization of non-Christians starting in the 1400’s.

The final report discusses how the DOCD clashes with teaching of Scripture about our common nature as fellow imagebearers in God’s creation. The report recognizes how the DOCD relied on and then advanced a distorted perception of the humanity of Indigenous persons. Notably, the report identifies the ongoing impact of “drinking downstream” from the historical events, calling for humility in developing a common story of the DOCD, in working toward confession, forgiveness, and reconciliation, and in taking responsibility for how to live together as God’s people now. The report also communicates historical accounts of the doctrine’s presence and impact within the United States and Canada and personal testimonies.

Among other steps, the report’s recommendations call for the CRC to repudiate the DOCD as being contrary to scripture and to acknowledge the CRC’s historic internalization of a Euro-superior worldview that led to trespasses against the Navajo and Zuni persons in the U.S. southwest. Such recommendations, if adopted by Synod, move us toward owning the contours of our denominational history for what they are without glossing over, justifying, or minimizing the behavior of previous generations. The recommendations also suggest a way forward through ongoing dialogue and deepening reconciliation through shared storytelling.

Classis Hamilton (the local gathering of CRCNA congregations that my church participates in) will engage the blanket exercise during the evening of our February 23 meeting. This exercise is an important step because of the history of the land within which our churches are located and the continuing marginalization of Indigenous peoples within the Canadian context. Additionally, this exercise brings home some of the implications of the DOCD and how that idea has tangibly impacted ongoing relationships between Christians of Euro-descent and Indigenous peoples within Canada.

Without diminishing or detracting from the hard and ongoing work of reconciliation that still lies ahead, I am thankful that we are engaging these sobering and painful conversations as a Christian community. God’s people are not perfect. We continue to sin against each other in tangible and harmful ways. Conversations like those the DOCD report seeks to foster and opportunities of mutual discovery like the Blanket Exercise provide us with new opportunities to experience the good news of Jesus Christ in our relationships with one another. And for that, I am particularly grateful.